The Zurich based artist, Pater Grenacher who presented his reserach on the Ishango Bone at this year’s Swiss Digital Summit, will give a brief presentation on his research in this area during the Presidents Conference on 6th of December.  The Digital Heritage is happy to have him speak and participate on the group’s behalf.

The Ishango bone was found in 1962 at Lake Edward in Zaire. According to the C14 method the bone’s age can be dated back to 25000 years. Etched into its surface, the bone has three rows of indentations. Although their significance is of continuous speculation, there are several that possess viable interpretation.

For example, the markings on the bone consist of two rows of notches which seem to correspond in a conspicuous manner exactly to the structure of the human skeletal system, in particular to the spine. A closer examination of the bone also reveals an inherent correlation between the notches and certain prime numbers. Also, there is a close relationship between the notches in the ishango bone and the so-called Fibonacci numbers, which reflect the fundamental law of growth in nature. 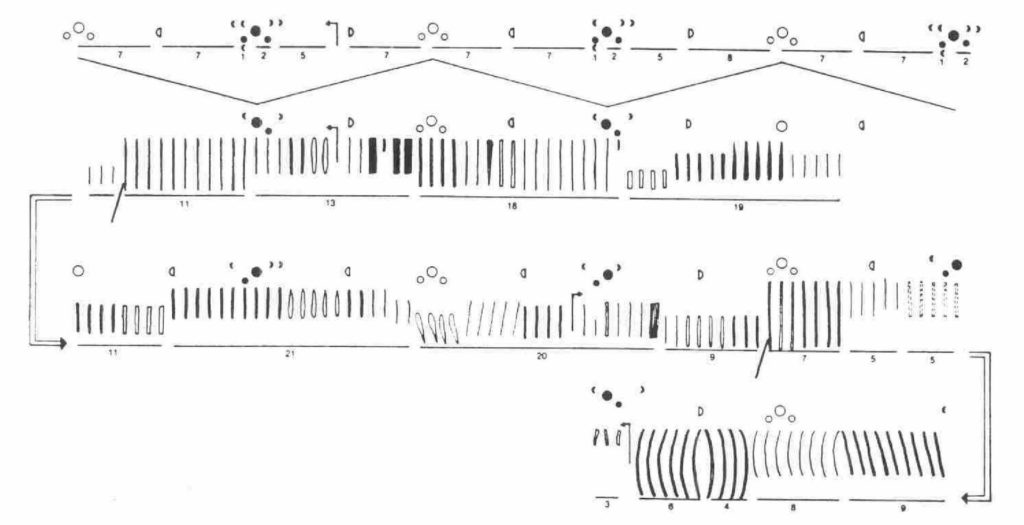 The connection between the Ishango indentations and the 21 facial bones of humans supports the assumption that a fundamental law of nature is coded on Ishango bone. This premise is further reinforced by the striking relationship between the number of notches and the bones of the human arm.

Although Mr. Grenacher takes his own personal approach to unleashing the mysteries behind the markings on the bone, a brief overview of the Ishango Bone in regard to its origin, history, and meaning can be found on Wikipedia under the following URL:

About sidm 134 Articles
The SI Digital Magazine (SIDM) is an electronic publication by Swiss Informatics Society. The SIDM is dynamic and strongly shaped by the quality of its content and aims at increasing its general presence as an association by highlighting outputs, building membership by accentuating SI's appeal, and by sharing knowledge, tools, and trends from diverse facets of IT.
Website Facebook Twitter YouTube