In support of the  Investment Forum event planned for Zurich by the Swiss Society of Virtual and Augmented.  SIDM met with SSVAR’s  President Jean-Philippe Sangaré to speak about the latest marekt technololgies for Augmented Realist and Virtual Reality and to see how this Association is supporting the growth of the AR and VR industries here in Switzerland. 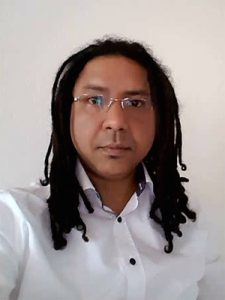 SIDM: You are President and CEO of the Swiss Society of Virtual and Augmented Reality. Can you tell us about what the function of the SSVAR and how does it go about achieving its goals?

JPSM: The SSVAR was born in 2016. It’s a non-profit organization based in Geneva and is dedicated to fill the gap between the mass and professionals in the field of virtual, augmented and mixed reality industries in Switzerland. Our objectives are varied. We promote and bring relevant technologies into the mainstream, help technocrats, experts,  and  inventors to realize their projects through proper networking; We have a strong focus to incubate startups in this area, and also to be a think-tank in the industry by publishing  information on virtual, augmented and mixed reality trends in the Swiss market.

SIDM: What are your actual interests in AR and VR?

JPSM: As a former math teacher and IT engineer, I am very passionate about by new technologies and out of that passion SSVAR came into being like a lightning strike. About a year ago, I experienced the virtual reality gear of a known manufacturer and was very impressed, if not overwhelmed, by what I saw. So, I had the idea to create the SSVAR association in order to share this passion, which I think will have a strong impact on our society in coming years.

SIDM: The motto of the SSVAR is “Connecting Switzerland’s VR/AR community”. What efforts are being made to connect the initiatives to other parts of the market?

JPSM: To build this community, we are gathering projects with an interest in VR/AR for industry, SMEs, Research Institutes, Academics as well as for individual members, partnering with other established Swiss Associations in the field, promoting research excellence in the VR/AR field,  providing support to the VR/AR Community, stimulating the development of VR/AR technologies in different application areas, and facilitating the structuring and VR/AR research integration in Switzerland, etc.

SIDM: What are the benefits of having a forum in which people are in physical attendance versus networking them in virtual space? JPSM: I don’t believe that Virtual spaces can replace the real space at this time and I also think that it is a good thing that it hasn’t. The need for physical meeting will always remain, because we are simply real and a biological species who depends on a society of others for all that we need as humans to feel content, i.e. contact, hugs, and kisses.

SIDM: What is the relationship between the SSVAR and the International Investment Forum in Virtual, Augmented and Mixed Reality“?

JPSM: The International Investment Forum is the first of a series of events SSVAR has planned for this year. At the moment, we are thinking about organizing events on different themes, for example, industry, healthcare, education etc , because  VR, AR and MR have had and is still having an impact on many diverse areas in our society. So, the goal of SSVAR is actually to help people become aware about where and what this impact actually is. Simply put, the advent of AR VR is similar in impact to the birth of the Internet twenty-five years ago…

SIDM: As an attendee, how would I go about networking the participants and other attendees and are there any particular networking events planned?

JPSM: Networking participants and presenters is the true motivation behind the event. From the beginning to the end, every single attendee should try to connect to people who can be beneficial to his or her business. There will be a special networking session at the end of the event, but before that there are also several during the startup-investor meetings (4-6pm) in which all participants can join the demos and network.

SIDM: Can you give a brief introduction to who the participants are for the forum and whether as a whole they represent what is important today in Augmented and Virtual Reality technologies?

JPSM: The forum participants are mainly professionals of VR, AR and MR. There is also certain number of investors who are on the prowl for new opportunity. Without saying,  we of course have  a general public made up of people who are keen to understand what these new technologies are, and who are the people and institutes taking about them.  We have a great panel of speakers from diverse areas of the industry and the themes in discussion can be discussed from all perspectives. Professionals and amateurs will both benefit from what is discussed. To be able to meet the speakers is one of the true motivations for a lot of attendees at the event. The forum offers a rare opportunity for us to meet all the speakers, and we are truly grateful for their support in this event. It is only through their presentations that we will be able to understand the importance of Augmented and Virtual Reality technologies today , as well as their potential to impact the business world and to reshape our future as time passes.

SIDM: What should attendees expect, and is there anything that they might consider unexpected?

JPSM: There are two primary reasons to attend.  The first reason is concerning learning, and the second one is networking. They cover different grounds, but since we are an investment forum, the common denominator between things is our  “business-oriented” practice which is key in our planning of the forum. In terms of learning, attendees can expect to learn a lot of things about the latest technologies in very accessible ways. The conference’s speeches are of high quality, and because of our choice of speakers, the content covers technical aspects without being overly technical. We want everyone to understand what we are trying to convey through the forum.

SIDM: Can you tell us a bit more about what we are going to experience and is there anything unexpected?

JPSM: The presence of the speakers is the  key approach to help reach our important goal of spreading the use of the technologies and the technologies themselves to different industries. Networking with them is encouraged over the entire time of the forum a and all the SSVAR’s team are dedicated to this and will help connecting people.  Of course, although our staff has a unique set of knowledge and skills, we also need to network because we are also working toward being a representative offering a platform for the latest in AR and VR technologies. What we are hoping is to find a great number of attendees and from areas that we don’t expect to have attracted.  We know that it is  our first event and therefore we are doing our best to everything  possible to attract people and that is really our challenge for this year and we hope to be surprised. However, we are planning event to which everyone is welcome but to which we hope to gather a select group of professionals.

SIDM: If you were talking to an investor, what would you say are the most important trends in the markets for VR and AR today and where can one expect to see future growth?

JPSM: The Head Mounted Display (HMD)  is expected to dominate the market, due to its ever growing use in gaming, entertainment, medical and education sectors. Since VR and AR both are here to stay, businesses are also thinking  beyond  just gaming and are planning in adopting these technologies for use in  education and health care sectors. It is in this manner, , the number of users and businesses will grow, and revenues will naturally increase.

SIDM: Which Swiss startup companies in the area of Virtual and Augmented Reality technologies do you feel are particularly of interest and who will be at the event?

JPSM: There are many, but a few that are noteworthy of mentioning are : In the area of consultancy in AR would be  Perey Research & Consultancy, which   is a high level company created by Christine Perey who advises industries on the possible usage of AR; On the software and animation side, I would like to mention  a few very promising Swiss companies: Wayray, Takondi, Kenzan Studios, Weavr, Idezo and Apelab. Kenzan Studios, for example,  is pushing VR Arcades at a high level. That company opening a VR center in Zurich this coming June. Also, Apelab,is developing the project “Break a leg” along with Oculus and which is co-funded by Oculus and Swiss TV network RTS SSR. In architecture, we have invited several pure players who are coming from the edge of the industry. These include companies like Scanways who is mixing the BIM with virtual reality and augmented reality in an incredible way. I am happy to say that they will make demo at the event that people should not miss. Further, Limbic Life has developed a revolutionary chair that uses medicine and neuroscience that you use as an interface to control VR applications;  TFC Simulation who has developed an incredible modular platform for VR will also be at the event. Our strategy with this is that we believe that If there are good companies in Switzerland (as you will see!) , we can expect to also have very interesting companies coming to Switzerland. For example: From U.K, Medical Realities co-founded by Dr. Ahmed Shafi; Coming from Italy:  Proxima VR, an agency who creates and produces very high quality Virtual Reality Experiences. (Don’t miss their demo!). From the USA:  Palo Alto and Venice, Qbit Technologies is a start-up specializing in creating online virtual reality business solutions and products, leveraging 3D immersive VR and AR technologies. The list could go on but those are just a few of them.

SIDM: hanks for the  interview and see you at the event.

JPSM: You’re welcome and thanks for having us!