Launched in Lithuania in 2003 by Prof. Valentina Dagienė of Vilnius University, the BEBRAS competition aims to get children and young people excited about computer science and promote computational thinking. Worldwide, nearly 3 million students from 54 countries participated in the competition in 2019.

This year 38 tasks for 5 age levels were elaborated. A Informatik-Biber task usually consists of a small illustrated “story” and a question with possible answer alternatives:

The residents of a street want to paint their white houses in colors. Each house should get one of three colors: Light green, red or dark blue. So that it does not look boring, the following rules apply:

Find appropriate colors for the residents. (The houses that are already colored at the beginning cannot change their color). 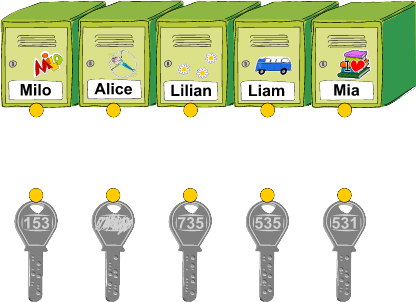 Five children each have a labeled locker at their school. The five corresponding keys bear three-digit numbers. Unfortunately, the number on one key is scratched.

Each three-digit number represents the first three letters of a name. A digit stands for the same letter everywhere, for example 8 always stands for “C” or “c”.

Assign the keys to the correct lockers. Draw lines between the yellow dots.

This year, more interactive solution panels were used (for 14 tasks), which was very well received by the participants and teachers. All tasks are currently available in the test competition.

The brochures, which are published annually after the competition, not only contain a detailed explanation of the solution and the solution path, but also open the view for the computer science problems, which form the basis of the task (e.g. in the case of the example tasks on planar graphs, on the three-color problem, four-color theorem and on cryptography). Thus, the brochures are not only helpful for discussing the competition tasks, but they are also valuable teaching materials that can be used in a variety of ways in the subject of computer science in practical lessons. Since the beginning of the Informatik-Biber competition, well over 300 tasks for different age levels of elementary and secondary school have been developed and are freely available in French, Italian and German on the project page. 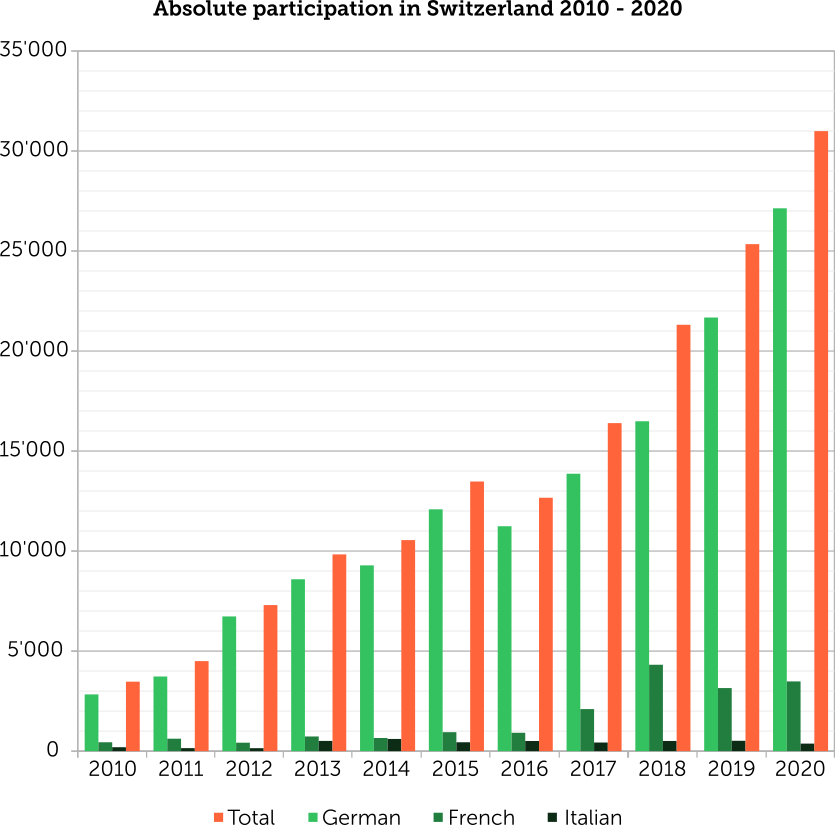 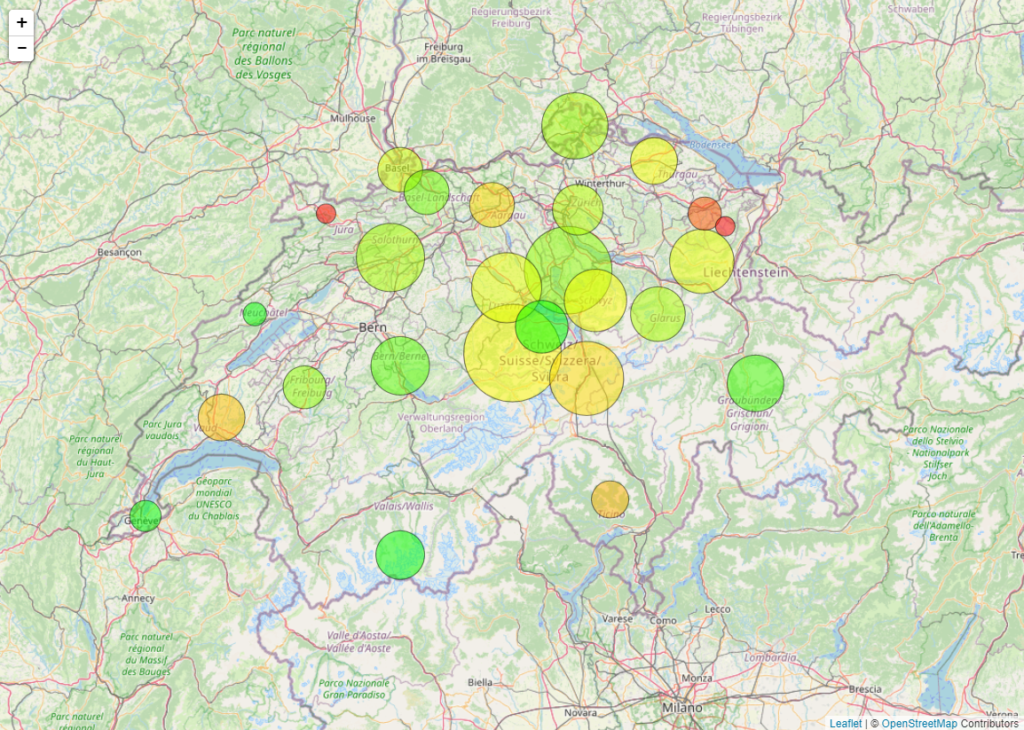 Participants per number of pupils from each canton in 2020.
The colors indicate a relative growth from
-100% (red) to 0% (yellow) to +100% or more (green).
The size of the circles represents the relative number of participants per canton in relation
to the student population

The relative participation rate across Switzerland is 3.7%, with German-speaking Switzerland achieving a significantly higher penetration rate of 8.6%.

Since whole school classes often participate, about the same number of girls as boys take part in the competition. In the lowest age group, girls and boys solve the tasks approximately equally well; also in the age group between 10 and 12 years, approximately the same number of girls as boys achieve the full score. From the age of 12, it can be observed that more and more boys achieve top scores than girls. However, in 2020, the only one to achieve a full score at the highest age level was a girl!

This year’s survey conducted directly after the competition showed that the participants found the competition “nice, fun and tricky”, that they “thought it was cool to be there” and that some of them could hardly wait to take part again next year. According to the feedback, it was possible to create a varied, challenging and appealing competition for the children and young people: “The competition was very fun and entertaining to solve and I thought it was great that you also had to try out and puzzle. I thought it was great because it was really varied and cool. […]” The interactive tasks in particular were great fun for the participants: “Coloring the houses was cool because you could paint them yourself, so to speak.”

For the past 10 years, the Swiss Computer Science Beaver Competition has contributed in a congenial and easy-to-perform way for teachers to give children the opportunity to engage with the basics of computer science and not only use the digital technology that surrounds them every day, but to better understand how it works. Currently, the Informatik-Biber competition reaches only 3.7% of Swiss children and young people, but it could support the process of our future generation becoming not only consumers, but developers and constructors of digital reality.

Lockers: The scratched key belongs to Mia’s locker. The number on the key is 731. 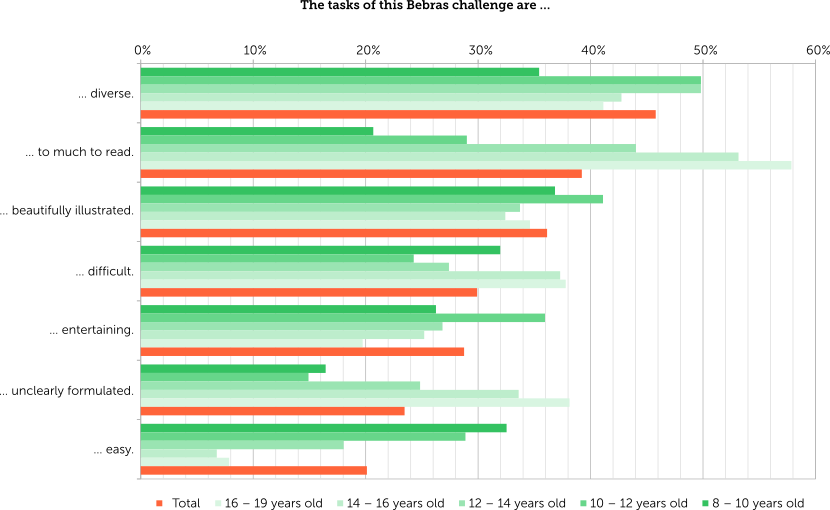